A session of the Steering Committee

On the 15th of December, in the headquarters of the Landscape Park Complex of the Świętokrzyskie and Nadnidziańskie Region, there was a session of the Steering Committee for the LIFE13/NAT/PL/000038 project. The participants of the meeting included farmers pasturing their flocks on the grasslands covered by the project, as well as other invited guests, including Piotr Żołądek, representing the Management Board of the Świętokrzyskie Region. In a short presentation, Wojciech Sołtysiak, the project manager, showed the project progress and all the activities taken from March 2015. We also informed the Steering Committee that our activities had been approved by the European Commission, which had endorsed the interperiod report.

The essence of LIFE projects is their stability and the continuation of protective activities after the formal ending of the project. In order to make the most of the opportunities for the development and promotion of the Ponidzie region while carrying out our project, we had also invited two lecturers to the meeting. Professor Tadeusz Zając (Polish Academy of Sciences) in his lecture pointed out the natural potential of Ponidzie as well as the potential for tourism development and the possibility of earning money from natural attractions, whereas Ph.D. Andrzej Junkuszew from the University of Life Sciences in Lublin presented the economic, natural and cultural advantages of sheep breeding, and he also shared his experiences in promoting lamb’s meat coming from areas of great natural interest, which had been carried out in the Lubelskie Region.

After the official part, we had some time to talk and to taste lamb (this time not from Ponidzie yet), and, as Christmas was coming, also to give our best wishes to one another and to sing carols. 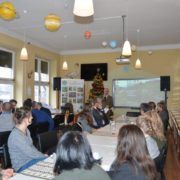 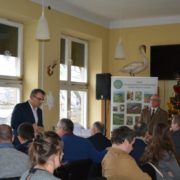 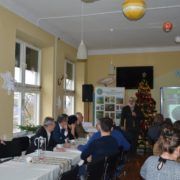 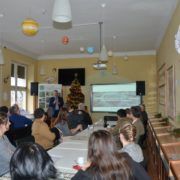