Polish ponies (also known as Koniks or Konik polski) are a primitive breed of small horses, whose wild ancestors were the tarpans once living in Polish and Lithuanian forests. In the Białowieża Forest they survived until the 18th century. The last wild herd was then caught. Initially, they were a natural attraction, and their regular breeding has been practiced in Poland since 1923.
Our Polish ponies feel good among the bright oak trees in Młodzawy and bravely support the herd of sheep by biting bush and undergrowth. Two stallions and three mares that came to us from the landscape parks in the zone of Pilica River have already got used to the sheep and goats that are constantly around them. The horses like to steal hay from sheep feeders. Their delicacy, however, is dry bread, and they would eat sugar cubes from one’s hand.
TVP3 Kielce footage:
http://kielce.tvp.pl/38413798/koniki-polskie-kiedys-zwane-tarpanami-biegaja-po-dabrowach 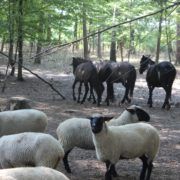 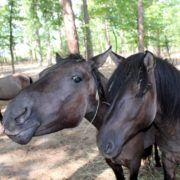 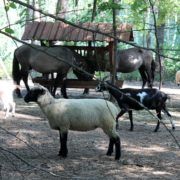 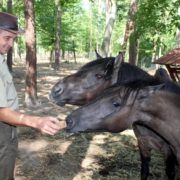 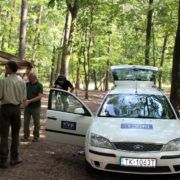