This Sunday’s picnic on the Pińczów meadows was really  a grazing. The aim of our project was to promote ecological sheep farming related to the protection of xerothermic grasslands. This is the last grazing season under the project, but the sheep are already well settled in Ponidzie, the herd is growing and the grazing will be continued over the next few years for the benefit of protected grasslands and breeders.

We invited entire families and the entire families came. It was worth it, because there were attractions for everyone. The biggest one, of course, was the opportunity to admire the efficient work of sheep shearers. The weather was good, so the youngest children formed a long queue to the inflatable slide. Children could also enjoy face painting and playing with blocks. The stand of the Complex of Świętokrzyskie and the Nida River Landscape Parks (ZŚiNPK) was probably the most popular one. Here you could check your knowledge about the nature of Ponidzie, do the puzzle showing a map of landscape parks, or color a picture – for example of a stag beetle. Two song and dance ensembles: Honaj from Dursztyn-Spisz and Furmani from Bodzentyn, alternately, gave performances on the stage  for four hours.

Apart from that, you could taste specialties prepared by the Farmer’s Wives Association from Kopernia, delicious cheeses from the Łukasiks' farm or lamb stew served by the “Zamek Dersława” restaurant from Busko Zdrój.

Those of you who didn’t manage to be with us yesterday can watch a short footage: sheep shearing and performances of the ensembles, but it’s a pity that you could not try the delicious stew. 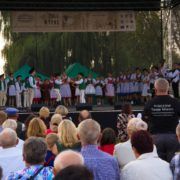 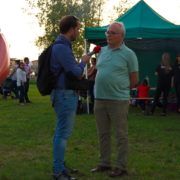 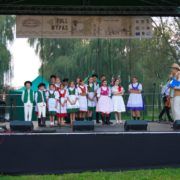 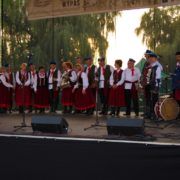 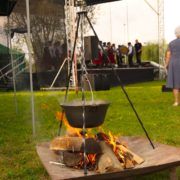 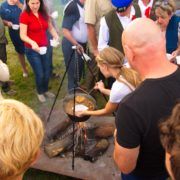 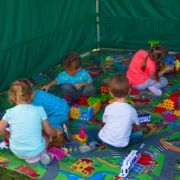 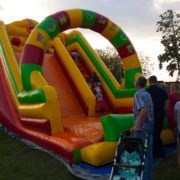 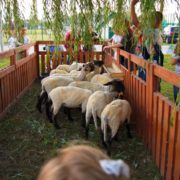 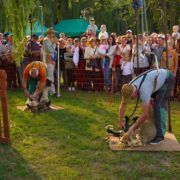 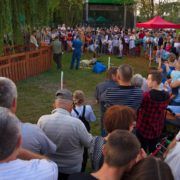 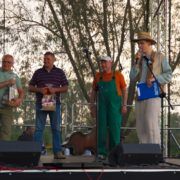 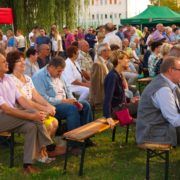 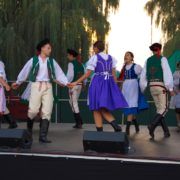 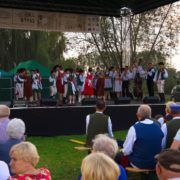 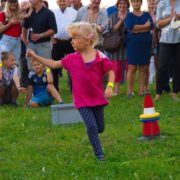 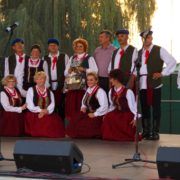 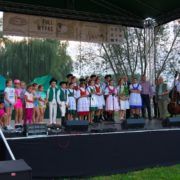 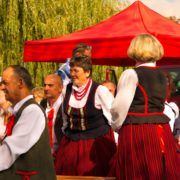 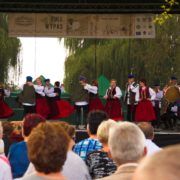 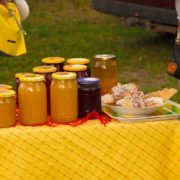