The Nativity scene in Pińczów

This year, at Christmas, in the Holy Mother Sanctuary in Pińczów, you could admire the Nativity scene located at the courtyard of the Franciscan Monastery. The place had been chosen because of St Francis, who on the 24th of December 1223, in Greccio, had organized the first Nativity scene in the world. In Poland, this tradition was initiated at the close of the 13th century by the Franciscan Order.

In Pińczów, the Nativity scene was organized for the first time. It was very popular with the inhabitants, who visited the monastery with their whole families. It was also a great opportunity to promote our project, as the blackhead sheep, which had come to Ponidzie under the LIFE13 NAT/PL/000038 project “The protection of habitats of great natural interest at the Ponidzie region”, were among the participating animals.

Pasturing flocks on xerothermic grasslands is a way to protect them, but also a tourist attraction, as sheep are very popular, especially with children. 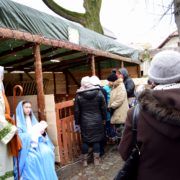 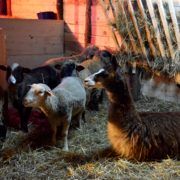 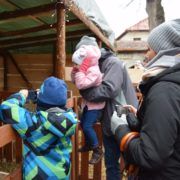