The end of the pasturing season

Michał Dobaj’s farm, which we visited during the symbolic ending of the pasturing season, is one of the six farms working with the Landscape Park Complex of the Świętokrzyskie and Nadnidziańskie Region on carrying out the LIFE+ project “The protection of xerothermic grasslands at the Ponidzie region”. The sheep, which were working on the grasslands for the whole summer as natural mowers, have already returned to the sheepfold for winter. The first pasturing season has ended. We are waiting for the birth of lambs, which will set off to the pastures near the Nida River in the spring. The presence of a member of the Management Board of the Świętokrzyskie Region, Piotr Żołądek, and several breeders was an opportunity to discuss the possibilities of sheep breeding development at the Ponidzie region.

Sheep pasturing on the grasslands have already become a tourist attraction. This ecological and extensive breeding model, and the increase of the headage of the flocks in the future, will result in lamb production. Lamb has extraordinary dietary values due to the content of polyunsaturated fatty acids as well as orotic acid and linoleic acids, which are strong antioxidants. In the future, lamb dishes can become a distinctive feature and an attraction of the Ponidzie region in the same way as the St Anne’s Chapel or the Wielopolski Palace in Chroberz. 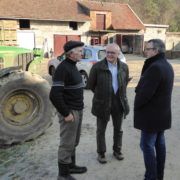 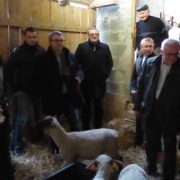 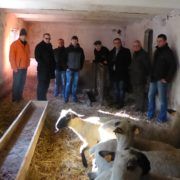 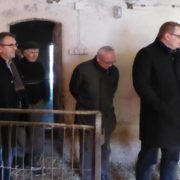