On 19 and 26 October there were preventive patrols on Garb Pińczowski. They were attended by the youth from Liceum Ogólnokształcące im. Hugona Kołłątaja w Pińczowie, Gimnazjum nr 2 w Pińczowie and Ośrodek Wychowawczy w Podzamczu Chęcińskim. They began with a lecture on nature conservation delivered by Cezary Jastrzębski, Ph.D. from the Jan Kochanowski University in Kielce. Police and fire brigade officers  also delivered lectures about safety issues. Despite bad forecasts, the weather was fine, which was important for the main task that the youth had to perform, which was to boost the population of plants typical for calcareous grasslands. On nine appropriately prepared sites, the flax, carlina thistle, cornflower and catnip seeds were sown. The youth participating in patrols will be able to check the effects of their work in a few months, as it is still fall, not spring – even though the snowdrop anemone has bloomed. 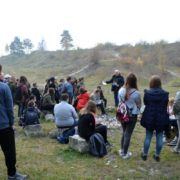 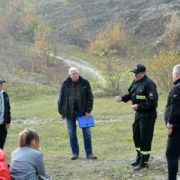 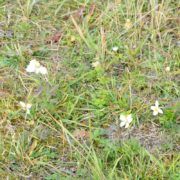 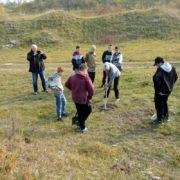 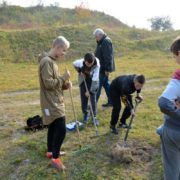 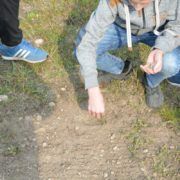