On Thursday 20th August, Pińczów Day was celebrated on the Market Square in Kraków. Since 2007, when the 750th anniversary of the Kraków Location Act was celebrated on Pińczów grasslands, the authorities of Pińczów have been invited to the Folk Art Fair. It’s the largest in Poland presentation of folklore, artistic handicraft and regional traditions, 39th edition of which took place this year.

We were there with our stand, aiming to popularise the natural values of Ponidzie and Świętokrzyskie Region Landscape Parks. We also presented informational and educational materials, including those concerning the Life+ Project „The protection of valuable natural habitats in Ponidzie”. Among the interested visitors were people who had already been to Ponidzie or Świętokrzyskie Voivodeship as well as those who were only planning to go there. Some countrymen born in Pińczów or the surrounding areas, interested to learn about the changes that occurred in their hometown were also present. Both the on stage presentations and conversations at our table lasted until the evening. 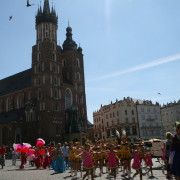 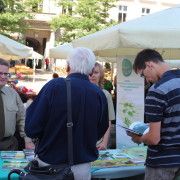 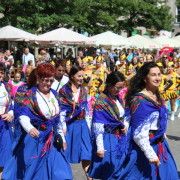 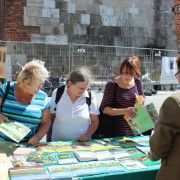 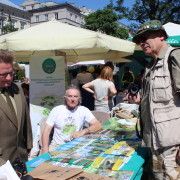 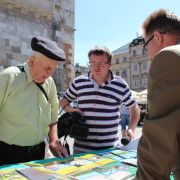 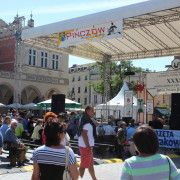