Grass burning – a threat to environment

Unfortunately, the activity of grass burning, our country’s annual problem, has become increasingly common in spring. The persistence of a trend of inconsiderate torching of withered grass produces a death toll of insects, amphibians, reptiles and rodents which are killed directly; it also indirectly results in deaths of larger animals, namely: ducks, partridges and pheasants which are forced to search for new nesting sites. During the process of grass burning the entire microflora and microfauna is killed, and as a result – the soil impoverishes and its exposed surface becomes susceptible to erosion. Areas affected by grass burning remain lifeless deserts for many years as all life forms inhabiting them get destroyed. Threats to humans stem mainly from hazardous effects of smoke originating from the burning as well as directly from the fire. IT NEEDS TO BE REMEMBERED THAT GRASS BURNING IS AN ENVIRONMENTAL CATASTROPHE. 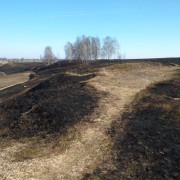 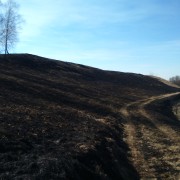 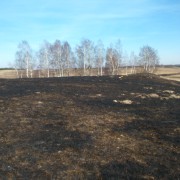