On 16th and 17th March we participated in the conference „Protection of biodiversity in the cities” organized by the Capital City of Warsaw as part of the project „Protection of key bird species habitats in the Central Vistula Valley under intense pressure from the Warsaw agglomeration”.
Twenty presentations were focused on various aspects of nature conservation in urban space. We could find out about examples of beavers’ adaptation to life in cities, ways to protect endangered breeding grounds of waterfowl by building artificial islands in Żerań in Warsaw, or breeding towers for hedgehogs in Toruń, as well as examples of designing parks „friendly” to wild animals.
Another topic presented at the conference was various aspects of the expansion of invasive plant species of foreign origin: from ornamental plants, which find their way from house gardens to the Kampinos National Park, to species such as: the Canadian goldenrod, the maple ash, or the giant hogweed, which force out native species from meadows throughout the country. On the second day of the conference there was a field trip around Warsaw, during which we got acquainted with educational paths, floodplains, on which an educational pavilion is to be built, and artificial floating islands, which are used as breeding places by waterfowl. 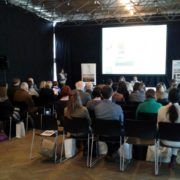 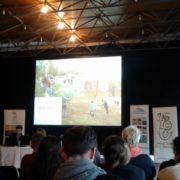 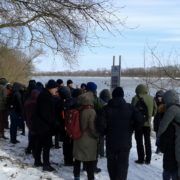 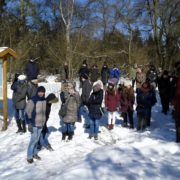 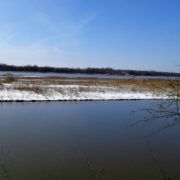