The Procession of the Three Kings in Samsonów

On the 6th of January, the sheep, which had been helping us with the LIFE+ project for almost a year, took part in the traditional Procession of the Three Kings w Samsonów. This year’s edition proceeded according to a new script, as apart from pantomime scenes performed by middle school pupils, the event also included the nativity scene, located among the picturesque ruins of a large blast furnace, which is part of the wider Old Polish Industrial Region complex.

In spite of biting frost, which the sheep endured easily, there were a lot of participants. The animals were the greatest attraction, especially for the youngest participants.

The Procession of the Three Kings was an opportunity to promote the LIFE+ project not only in the northern part of the region, but also throughout Poland, because, among one of the three processions in the whole country, it was chosen by TVP for live broadcast. 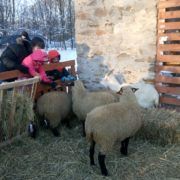 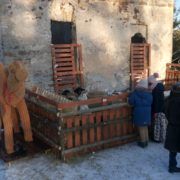 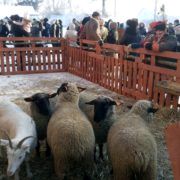