It was the fourth time that the „Cavalcade of Magi” took place in Samsonów, attended by several hundred inhabitants of the Zagnańsk commune. After the mass at the Church of the Blessed Virgin Mary, a procession passed the streets of Samsonów and went to the Józef Steelworks. The three processions represented three continents: the green one represented Asia, the red one represented Europe and the blue one represented Africa. Children dressed as sheep walked in front of the Cavalcades of Magi. At the request of the organizers we have prepared a „live nativity scene” as in the previous year. As always, our blackhead sheep from Piotr Mider’s flock from Młodzawy attracted the interest of not only the youngest. They were a bit intimidated, maybe because of the fact that they graze in the thermophilous oak tree forest on a daily basis and do not have contact with such a large audience. However, they endured the guest performances well and happily returned to the fold. 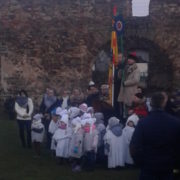 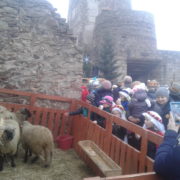 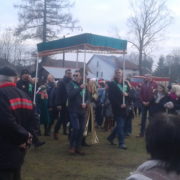 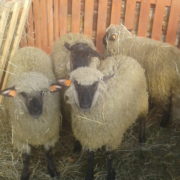 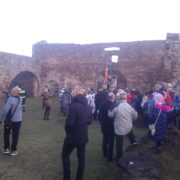 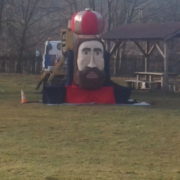