The preparatory works on the plots covered with the project to protect thermophilic grassland were completed. The sunny weather was conducive to field works. During a site inspection we visited the posts where the sheep grazing is planned. We counted trees and shrubs in the habitats which will be felled. Mostly, those are seedlings and small trees, with diameter not exceeding 15 cm. Before the woodcutters start their work, we had to confirm which trees and shrubs grew in the habitat and what the grassland condition was. Incidentally, we discovered several instances of blooming Carlina acaulis (stemless carline thistle) and Carlina onopordifolia Besser.

Except for one sand-grown grassland, all the other xerothermic grasslands are included in the protection task plan for Natura 2000 Nida Valley and Ostoja Kozubowska, approved by the Director General for Environmental Protection in Kielce. Thanks to that, according to the Wildlife Protection Act, there is no need to obtain a permit for tree felling and shrub removal. 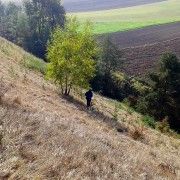 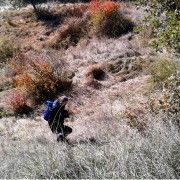 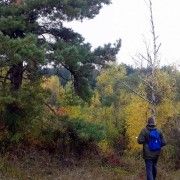 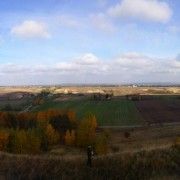 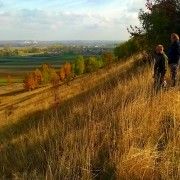 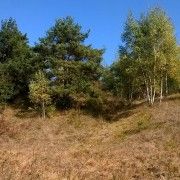 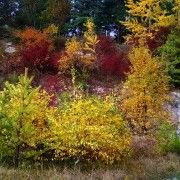