Until recently, only 4 sites of Carlina onopordifolia were known in Ponidzie region. Thanks to one of our associates, Mr Jerzy Bink, we know there is one more site where this plant can be found. It is difficult to speak of a new site as the new area is only 150 m off the already known area and this is within this species' propagation distance. It can be claimed, however, the plant has expanded its reach significantly. This proves a relatively good condition of the population on the Nida river despite grassland overgrowth. We hope our efforts with respect to active protection (shrub removal and grazing) will result in further expansion of this rare plant. 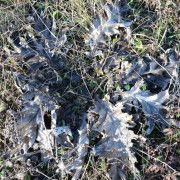 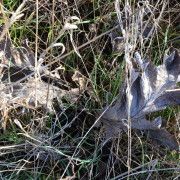 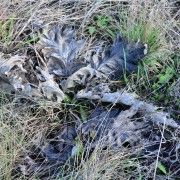