A networking meeting in Greece

Networking with other LIFE projects is an activity which has been defined as mandatory by the European Commission. Inter-institutional cooperation, exchange of experience and information is aimed at acquiring valuable factual and practical knowledge, helping the beneficiaries to effectively implement the planned activities. Networking concerns not only domestic but also foreign projects. As a result, between 16th and 20th April 2018, LIFE project staff took part in a working trip to Greece, where they were introduced to the effects of two LIFE projects: ForOpenForests
and LIFE Natura Themis.
The destination of the visit was Athens, where the headquarters of the Beneficiary coordinating the two projects is located: the Hellenic Society for the Protection of Nature. It is a nationwide association, operating since 1951, whose main objective is to protect the Greek natural environment through environmental interventions, nature conservation projects, environmental education through an educational network approved by the Ministry of Education, and to increase the natural awareness of the Greek community.
The main objective of the ForOpenForests project is to implement effective management of forests and open spaces in order to preserve species, habitat and landscape biodiversity in two Natura 2000 areas (near Lamia): „Ethnikos Drymos Oitis” (GR2440003) and „Oros Kallidromo” (GR2440006).
The aim of the LIFE Natura Themis project is to raise awareness of the damage caused by human activities to wild species and the biodiversity of the island, among the inhabitants of Crete. It also aims to familiarize the public with the concept of „responsibility for the environment” and relevant European regulations governing the human-nature relationship, in particular in Natura 2000 protected areas.
The first meeting with ForOpenForests project manager Christos Georgias took place on the 17th of April. It concerned the introduction to the project assumptions and the specifics of the Coordinating Beneficiary’s functioning. The basic issues related to its implementation so far, the successes, the failures as well as common denominators of the legislation of Poland and Greece were discussed.
On April 18th the main meeting with the teams implementing the above projects took place with the participation of representatives of the ZŚiNPK, HSPN, the Institute for Mediterranean Forest Ecosystems (IMFE) and the University of Athens (UoA). It began with a presentation of the activities of the ZŚiNPK and then the implementation of the LIFE13 NAT/PL/000038 project (Wojciech Sołtysiak) was discussed in detail. Subsequently, Chrostos Georgiadas, the Project Manager of the LIFE11 NAT/GR/1014 project, and Michalis Probonas, the Project Manager of the LIFE14 GIE/GR/0000026 LIFE Natura THEMIS project, shed some light on the issues related to the Greek projects. Additionally, natural education programmes implemented by the HSPN were presented. After the presentation, a discussion began concerning in particular the issues of protection of the habitat *6210 and joint activities and cooperation in the field of ecological education, as well as widely understood cooperation
and exchange of know-how and know-what.
The plan for the next day was to go on an off-road trip to the „Ethnikos Drymos Oitis” (GR2440003) and „Oros Kallidromo” (GR2440006) Natura 2000 areas. Unfortunately, due to spring melts and the location of the areas covered by the project on almost 2000 m above sea level, it was not possible to reach them. In addition, the tour included a visit to a tourist information point with elements of natural education ( Ipati), established as a part of the project, and a visit to the Center for Ecological Education in Stilida, where we got acquainted with the forms of natural education being implemented. 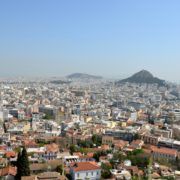 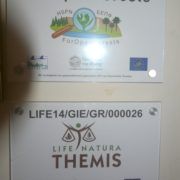 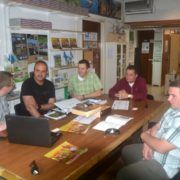 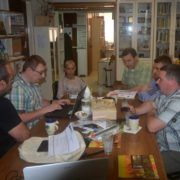 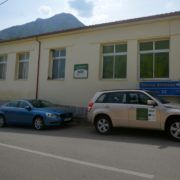 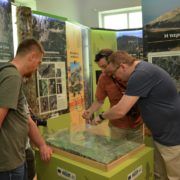 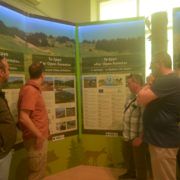 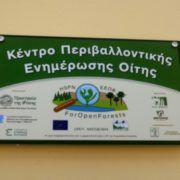 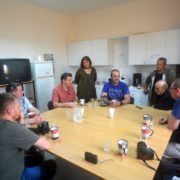 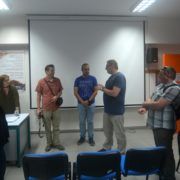 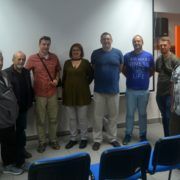 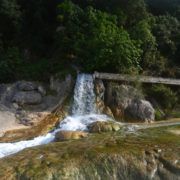 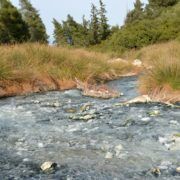 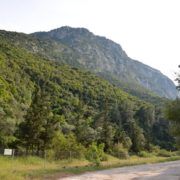