A contest in Kije

The final of the contest organized by the employees of the Life+ project together with the Local Government Institution of Culture Kasztelania in Kije was held on Sunday, 16 October 2016, at the Kasztelania complex.

The middle school pupils from Sobków, Michałów and the home team took part in the competition. The members of the jury were Dr. Wojciech Szymański, the author of the questions, Magdalena Skrzypek, and Dariusz Wiech.

In the two-stage contest, the participants first had to describe one of the drawn plants and then answered short, previously drawn questions. The pupils from Michałów and Sobków showed particularly good knowledge. In the end, the pupils from Michałów turned out to be a bit better, outdistancing the Sobków team.

The home team took the third place, and they said they would try to win in the following year.

All the teams received valuable prizes, which were gardener sets. The contest was ended with a bonding meeting with hot tea and delicious żurek (soup made from fermented rye flour) cooked with the use of wild growing plants. The happy pupils said goodbye exclaiming: “See you next year”. 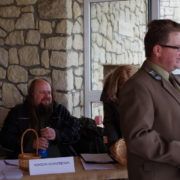 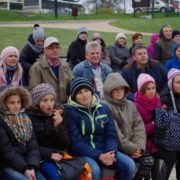 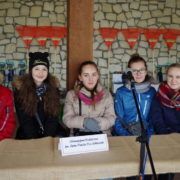