It was already the 40th edition of the International Folk Art Fair at the Cracow Market Square, which was filled with dozens of stalls where folk artists presented and sold their products. Thursday, August 18th, was the Day of Pińczów at the Fair. It was an opportunity to remind the visitors that it had been during the assembly of 5 June 1257 on the common land near Kopernia that Prince Boleslaus Pudicus had signed the act making Cracow a town chartered according to the Magdeburg law.
The Cracow inhabitants and numerous tourists enthusiastically greeted a colourful Pińczów procession conducted by a firemen’s orchestra. Music groups, folk bands, a dancing group, and even kindergarten pupils from Węchadłów; they all had an opportunity to give a performance in front of a large audience. While the artists were performing on stage, the crowds of people were visiting Pińczów stalls, where Ponidzie delicacies were sold.
Our stall, that of the Landscape Park Complex of the Świętokrzyskie and Nadnidziańskie Region, was among them too. We were presenting our publications: maps, picture albums, and brochures.
We told the visitors about our work and informed those who were interested about the details of the LIFE+ programme and the active protection of xerothermic grasslands, why we carry out sheep pasturing projects, and why we had chosen the Blackhead breed.
We were greatly helped by our trainees: Paula and Agnieszka, students from Radom, as well as Fabio from Portugal and Nicolo from Italy, both of whom had been invited to Poland by the Foundation for Creative Space and Development CampoSfera with its registered office in Klimontów. 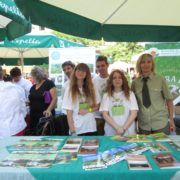 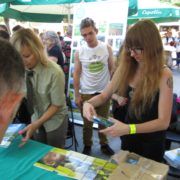 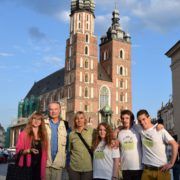 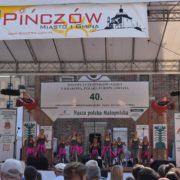 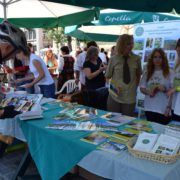 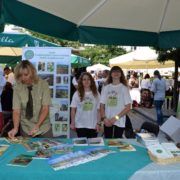 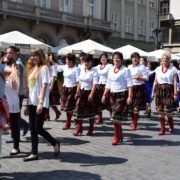 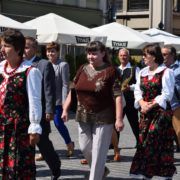 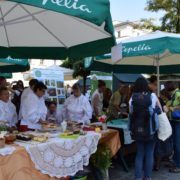 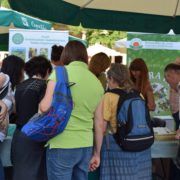 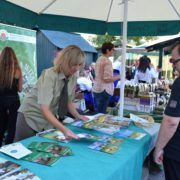